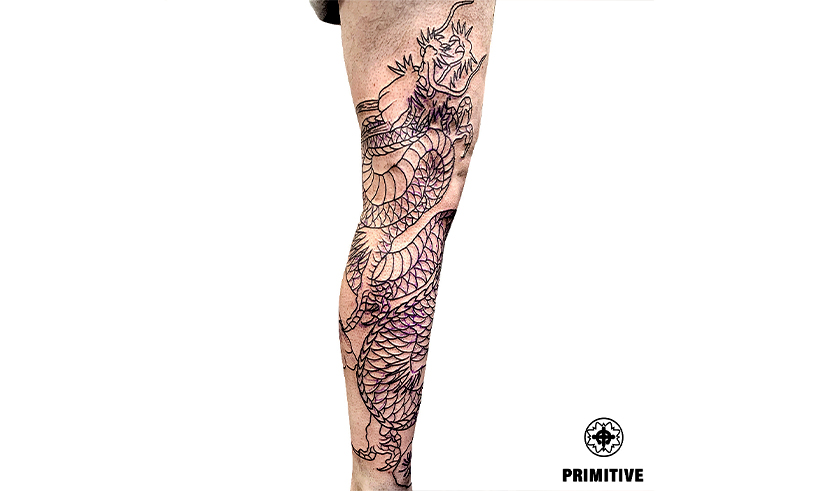 In Western culture, the dragon symbolizes ferocity, wealth and strength. Dragons are often seen as a force for destruction and may at times be considered as guardians to either vast knowledge or treasure.

In Japanese culture, dragons also called Ryu are seen very differently. In Japanese traditional tattoo art, dragons are benevolent creatures, who are generous and knowledgeable. They are useful to humans and loving of all things human. While wisdom is another major trait, they are seen as a positive symbol. That’s why many traditional Japanese tattoos bear the dragon.

Ryu Colors and their Meaning

The color of the dragon has a deeper meaning other than aesthetic appeal. The primary colors are black, green, golden, blue, and yellow.

In addition to varying colors having different meanings, there are also variants in the way they are depicted. The variants most common are Hai, Fuku, Han, Sui, Ri and Ka. These words are often written with the Japanese word for dragon aka RYU at the end. For instance, Sui-ryu.

Speaking of Sui-ryu, it is considered the king of all dragons, while Ri has an extraordinary vision.

Interestingly Chinese and Japanese dragons have lots of similarities, with many historians believing that the mythology probably made its way to Japan from China. Now because Japan is mainly an island, most Japanese dragon tattoos depict it as a sea serpent with the ones flying being rare.

However, the most significant and consistent difference in Japanese dragon tattoos is that the claws have just three toes. While on Chinese dragons, they are often four or even five-toed. So, that’s one way to tell them apart.