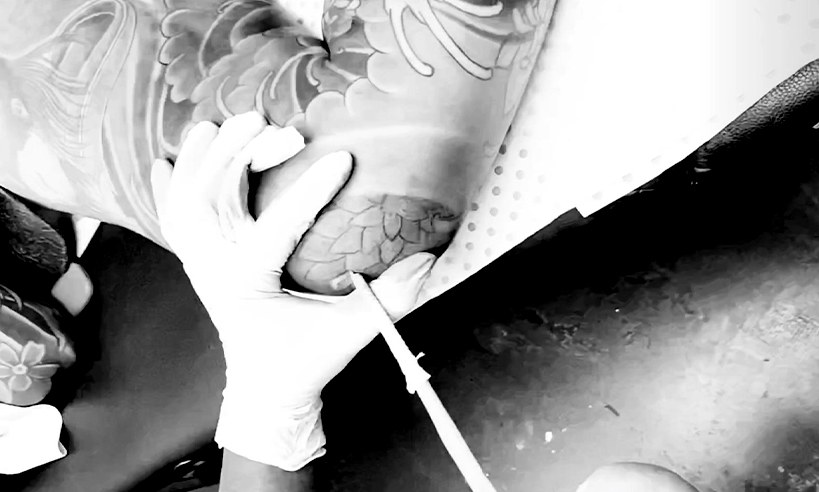 Tebori tattooing is just one of the many traditional styles of Japanese tattoos. However, the process of a Tebori tattoo requires that the artist use a wooden bamboo stick that has a needle at the end, which delivers the ink on to the skin.

Interestingly traditional Tebori tattoo artists are mainly centred in and around Japan. Getting a Tebori tattoo outside of Japan is very challenging because there are a handful of artists if any that have mastered this style. That’s why many westerners who aspire to get a Tebori tattoo schedule an appointment in Japan and travel for it. However, Australians can get their Tebori tattoos by Marc Pinto of Primitive Tattoo in Perth, Australia.

The Origins of Tebori Tattooing in Japan

The word Tebori is a combo of two Japanese terms, i.e. “Te” which means hand, and “bori” which means to carve. While it may certainly sound unpleasant, especially in the way it is described, but it is often referred to as one of the original styles of Japanese tattoos.

Back in the 1600s when Tebori was just starting out, artists wanted to merge two mediums, i.e. ink and the skin. The “horishi” also known as the tattooist were mainly woodcarvers who would moonlight as tattooists, or at least be associated with them.

The traditional style of tattooing would require that the tattooist rest the “nomi” in between their index fingers and thumb a lot like a pencil which would then help them guide the needle. They would then drive it using their other arm into a series of many dozen repetitive motions.

The Horishi would employ various techniques like a thrust also called Tsuki-bori and the hanebori or feathery push / pull motion. Many artists made their own ink back in the day by mixing sumi, which is a black ink consisting of soot and water, coupled with inkstone which would ensure the desired consistency.

Today, even in Japan, most Tabori horishis use readymade ink and sterilized needles to make the process safe.