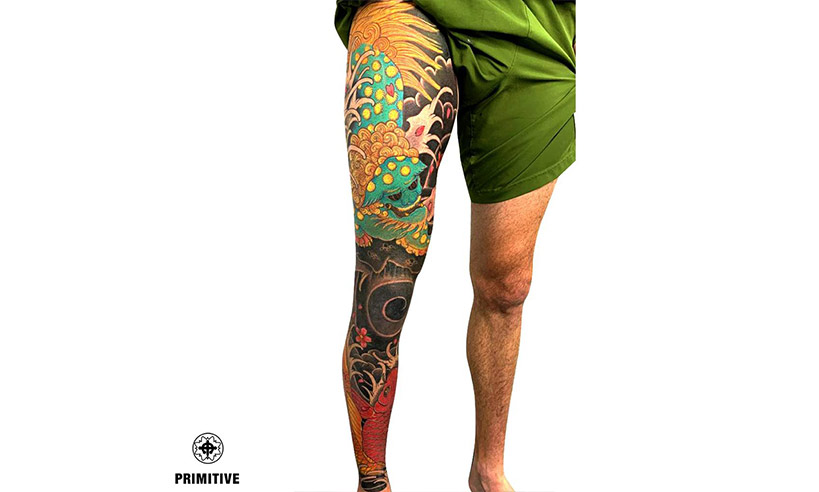 In recent times, tattoos have become more of a fashion trend drawn mostly for their beauty and sometimes to make a statement. However, this hasn’t always been the case. In ancient Japanese culture, tattoos were not just mere fashion designs. The drawings and depictions had ancient mythical history and were symbols with different representations.

The Daruma is one of such tattoos with deep Japanese symbolism. The tattoo is a depiction of the popular Daruma doll considered a symbol of perseverance, good luck, grit, and endurance. The Daruma is greatly revered in Japanese culture, so much so that scarcely would you go to any Japanese farmhouse, store, restaurant, or home and not see the Daruma doll tucked high on the shelf. Even politicians often carry the Daruma along with them, especially during campaigns and elections.

The Daruma is believed to possess the ability to help people focus on fulfilling their preset goals despite obstacles, circumstances and no matter how tired they might get. The doll is a reminder of what the Japanese call the “ganbaru” spirit which always leads forward and also embodies the Japanese proverb: “Nanakorobiyaoki, which translates: Fall down seven times, stand up eight.”

Although a proven carrier of good luck, the Daruma does not just simply begin to work once it is inked on. There is a process to be followed to get the doll working for you. The first step is to set a wish or promise to fulfill or to have a goal in mind which you want to achieve. Next is to paint in one eye and then the third step is to work daily towards achieving your goals. Finally, when your goals or desires have been achieved, you can then have the other eye painted in.

Although it is believed that good luck accompanies the Daruma tattoo, it does not encourage complacency, you have to act and not just sit idle. If you are thinking of getting the Daruma tattoo drawn on your skin for good fortune, sure do but be ready to be proactive as well.

Both fashionable and symbolic, the Daruma tattoo is a great choice and if inked by the best Japanese tattoo artists, the uniqueness and beauty of the ancient Daruma would be evidenced. The various colors in which the Daruma comes in help to make it an exquisite fashion symbol.

You will be well served to have the Daruma tattoo done Primitive tattoo – the best tattoo studio in Perth where you will meet some of the best Japanese tattoo artists including Marc Pinto and other highly skillful tattoo artists with a deep knowledge of the Daruma and other ancient Japanese artforms.  You can visit us at our tattoo shop in Perth, or call to schedule a consultation with our tattoo experts.