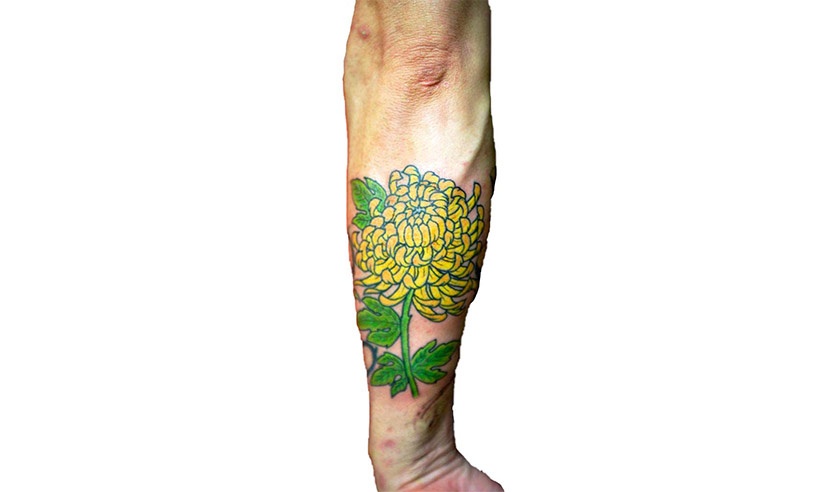 Japanese Flower tattoos are quite popular. They may be drawn on their own but can also be included as a part of another composition. Whether very noticeable or neatly obscured, they can be incorporated into any Japanese tattoo design.

The prominence of flower symbolism in Japanese culture, in general, is quite noticeable. They appear everywhere from legends to coins, art, manga comics, Japanese literature, and other aspects of everyday Japanese life. This is mostly because the Japanese nation is deeply religious and nature-loving. The way of life of the Japanese people is also influenced by Buddhism so it makes perfect sense that the Japanese flower is a big part of their life.

Without an in-depth knowledge of the various Japanese flower tattoos and their significance, choosing a floral component to incorporate into your tattoo can be difficult. The following are some of the popular ones and their meaning:

The blossom flower is considered a symbol of perfection. It is also known as the solar flower and is the official symbol of the Japanese Imperial Family and the emperor’s seal. The royal significance of this flower is well known throughout Japanese tradition. There is even a National Chrysanthemum Day celebrated in Japan as the festival of happiness.

In depictions, the flower is commonly drawn with its petal radiating like flames paying homage to its association with the sun. As far as meaning goes, this flower is commonly attributed to joy and longevity. In China, this flower is often considered the symbol of simplicity and perfection thanks to its association with the Autumn seasons. Also, because this flower tends to bloom right into the start of winter, it can sometimes symbolize a mediation of transition between life and death.

Often regarded as the king of flowers, the Peony symbolizes wealth and elegance. The flower is depicted with large spreading petals that are delicately curled at the edges. Due to this appearance, this flower may also be called the “the rose without thorns”. in tattoo imagery, it is commonly drawn in deep red colors but may also appear in various other colors.

The peony tattoo is very complex and may cover large areas of the body. You may choose to wear it as a symbol of good fortune, wealth, and prosperity. However, in some circles, it may be seen as a daring masculine figure.

The Maple leaf is one of the most popular flower tattoos typically drawn as a background for other ink work. On its own, it symbolizes the passing of time. In ancient Japanese culture, the Momiji could also mean the symbol of lovers. It may also be a potent of regeneration since the maple leaves are known to circle through different seasons which is a stark reminder of the circle of life and all living things. It may also be worn by individuals passing through a certain part as a testament to the transient nature of the phase they are currently passing through.

The Maple Leaf tattoo is commonly depicted as floating leaves or leaves being carried in the water or on the wind. In incorporating it with other tattoo designs, it may be drawn drifting over a torso or floating over the shoulders.