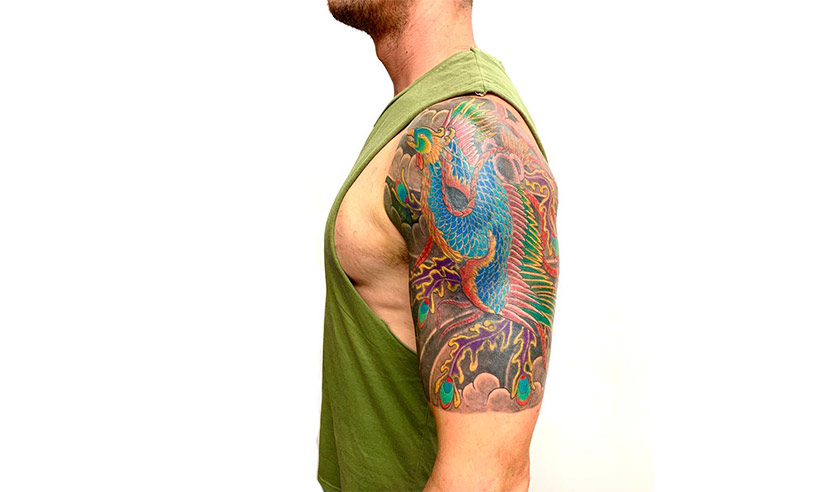 There are a few tattoos that have as much significant history as they are a fashion trend as the phoenix tattoo. The Phoenix tattoo is one that is immensely attractive mainly due to the gorgeous and majestic depiction of the phoenix not just in ancient folklore but also in movies, books, and modern arts. The phoenix is a mythological creature with a famed legend that quite popular in the tattoo world.

The phoenix has a majestic appearance commonly depicted as a fiery colored but delicate-looking bird with its large wings and long tail feathers. There are a lot of mythical beliefs around this beautiful creature. The Japanese Phoenix is commonly associated with the sun which is traditionally believed to be the source of the magical flow of the bird with every sunrise the full flow of the phoenix.

The concept of “a phoenix rising from the ashes” is a legendary proverb that is usually used to explain the phenomenon of the phoenix. It is such a beautiful story that everyone would definitely love to be associated with because of what it represents. The tale of the phoenix rising stronger from the ashes after dying depicts not just your tenacity and triumph from a seemingly impossibly difficult situation but a rebirth to begin an everlasting new life.

The legend of the phoenix is one that a lot of people can relate to. Everyone can relate to the feeling of being down or going through a difficult phase at some point in their life. Whether it’s in a relationship, job, family, suffering from an illness, addiction, and so on. Everyone has been at an all-time low in their life at some point. The tale of the phoenix rising from the ashes tells of hope and a rebirth as a better person set on a new path after going through a dark phase.

The ancient Japanese also held the belief that the tears of this legendary creature can heal wounds, drives away diseases, and washes away sin bringing purification to the mind, body, and soul. Also, a common belief about the phoenix is that it rarely appears and will only be seen in times of dire need for guidance, hope, or comfort.

For whatever reason you choose to get a tattoo, a phoenix tattoo is a cool option to go with and of course a tattoo so symbolic and majestic ought to be done in the best tattoo parlor in the hands of the best tattoo artists in Perth to give you the best results. You can visit the best tattoo shop in Perth, Western Australia for your Phoenix tattoo and any other ancient tattoo you desire.