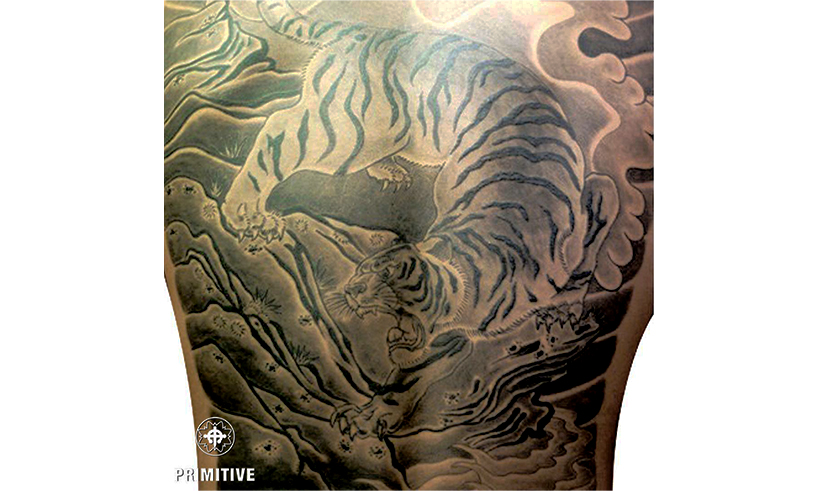 The tiger is one of the most revered animals across many European and Asian cultures. In Japan, the tiger is one of the few animals that are held in very high esteem. It is a symbol of strength, ferocity and courage. Often the tiger represents qualities that we want in ourselves or look for in others. However, the tiger also has mythical powers like its ability to ward off evil spirits, disease, and even bad luck.

In Japan, the tiger also represents seasons like autumn, and it is a symbol for North. However, according to many historians, the tiger is one of those Japanese symbols which was adopted from Chinese culture. So, it is said that like the phoenix controls the fire, the tiger controls the wind, the dragon is master of the water, while the turtle depicted with a snake’s tail is in control of the earth.

In Japan, the tiger is referred to as Byakko. It is associated with Venus, and it is often depicted as a white albino tiger. Byakko is a warrior that fought to defend Japan during ancient times which is why it was tattooed across many battle-hardened samurais of the time.

When the samurai would prepare for a battle, they would not only prepare their armor and weapons but also ensure that the tiger was protecting them. So, the tiger tattoo was a way to identify a samurai if they fell in battle.

Placement of the Tiger Tattoo

Now there are many variations of the traditional Japanese tiger tattoo. However, where they are placed on the body matters too.